Not too long ago a good friend of mine asked me what I thought had changed about Saudi Arabia since I left it many years ago. “A friend of mine is going there to work,” said Sara, “and she’ll be living in the same town you lived in.” Perhaps I had some helpful observations for a family moving to the Eastern Province?

My initial response to Sara’s question was bland.

“I imagine a lot has changed,” I said, not using any imagination at all.

Saudi Arabia is about two-thirds the size of the US, and its borders a lot less defined. Still arguing about those borders are Yemen, the United Arab Emirates, Oman, and of course Arabia.

As for the landscape, imagine the land around Fort Stockton in west Texas. Remove the Apache warriors, the mule-drawn wagons and the cast of F Troop. Remove, too, everything you’ve ever experienced involving the words “flat” and “barren.” Those words are inadequate to the task of describing Saudi Arabia. Oh, and if you’re thinking of the movie Lawrence of Arabia, forget it. That movie was filmed in Morocco and Jordan. Now take the desert of west Texas and stretch it out to Los Angeles; make sure you don’t accidently put in a real hill. Now stretch your flat desert all the way north to Canada (no Rockies —  remember, no mountains of any kind, just thousands of miles of stony desert). Finally, stretch your desert east until you come to Savannah, Georgia. You now have a desert more or less the size of Saudi Arabia.

But you probably still have too many people in it. (The imagination always overdoes it.) So kick everybody out except eight or nine million. These will be Saudi citizens and they will live almost entirely on the east and west coasts: the Red Sea and the Persian Gulf.  Keep in mind that only 1 per cent of the subcontinent is fit for cultivation. After you discover oil under your desert and the place becomes fabulously wealthy, you will need to hire some temps to build such things as roads, hospitals, airports, cities. 15 or 20 million temps will do. Most of them will live along the coasts too.

But back to the desert landscape. Be sure you have removed all rivers, lakes, streams, and creeks. Now and then you may have a gurgle of underground water which you can plant with a few date trees, call an oasis, and defend with the ferocity of the blood-feud. The land will be made of flint, salt plains, gravel plains, and lots and lots of sand. One stretch of sand dunes, the Rub’ al-Khali, will be the largest sand desert in the world (bigger than France). Some will call it the Empty Quarter, and for good reason.

I lived in Dhahran, Saudi Arabia, from 1951 until the summer of 1969. My family has very few pictures of the place. Why probably has something to do with the scenery’s lack of charm to the average American expatriate working in a place not even the Romans bothered to conquer. But in the summer of 1969, when I knew I was leaving Arabia for good, I spent a day wandering the compound and the beach at Half Moon Bay (about 15 miles west of Dhahran), taking pictures with my new camera. I was bored taking the pictures; they were (and are) boring pictures, especially when one takes into consideration that I had been looking at these landscapes for almost 18 years.

I’ll include a sentence or two describing each shot, followed by a picture of what the place looks like today, nearly half a century on — what Sara’s friend probably is looking at. The shot below is the view through the Compound fence. It was taken about 300 yards from the front door of the house I lived in for ten years, until I was around 13 or so. It looked exactly like this from the day I was born to the day I took this picture: 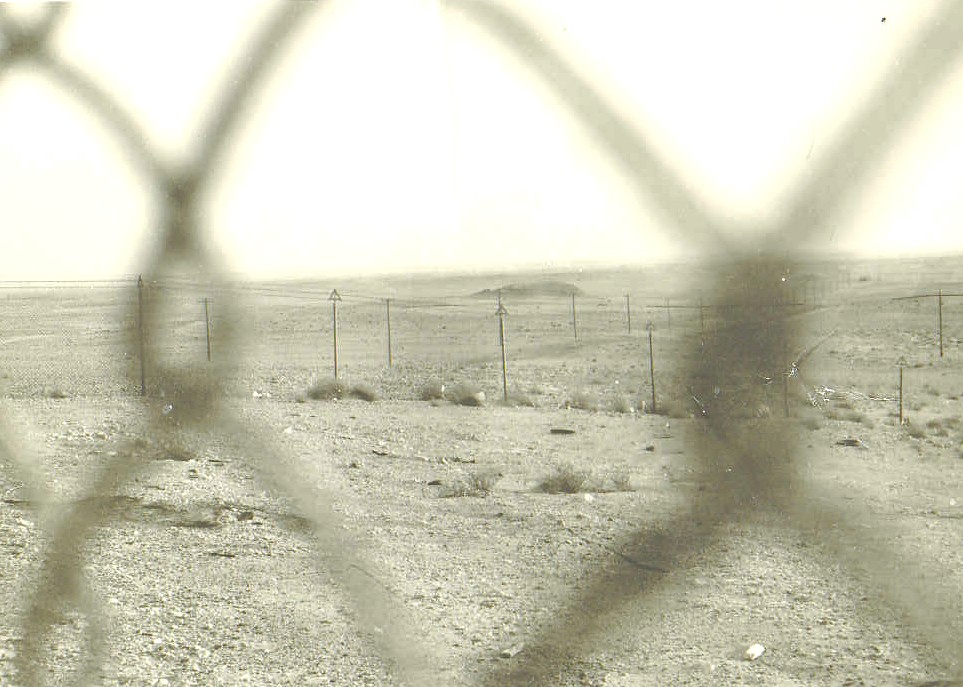 A few links down the fence presents the viewer with this: 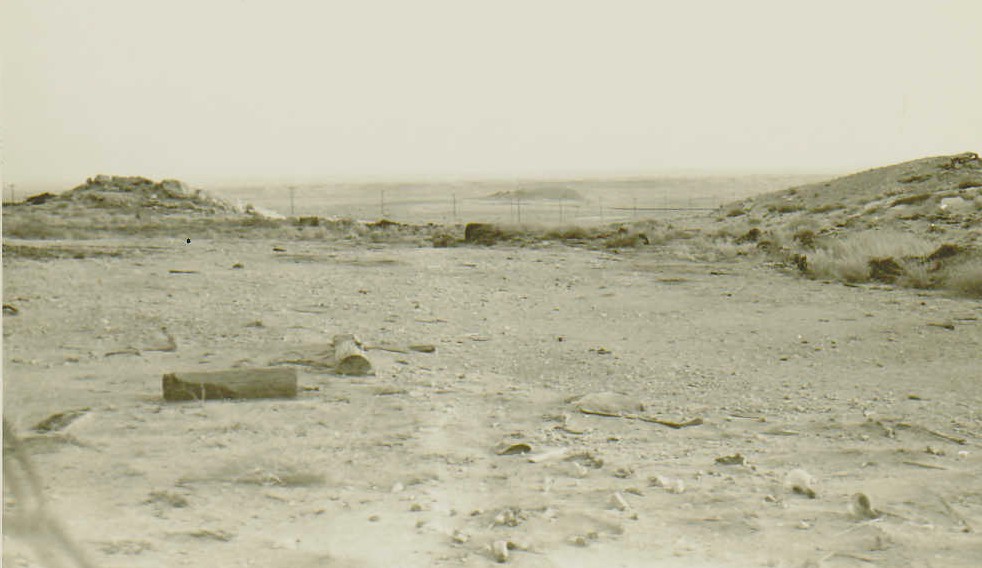 In 1951 Dhahran had a population of maybe 7,000. The community’s only purpose was to organize the movement of oil from the ground to the tanker, and maybe through some pipes. My father was an accountant for the Company. My mother had come over to Arabia on her own in 1947 at the age of 22 to work as a key-punch operator. She left Arabia in 1950 over a pay dispute, moved to Florida, was looked up by my father, who was then on vacation, accepted his offer of marriage, and then moved back to Arabia with him later in 1950, after they stopped in Berne, Switzerland, to get married. I was born in the Dhahran company hospital the next year. My two sisters and my brother were all born in the same hospital.

Below is what Dhahran probably looks like today. (My old house is still there, still being used, it looks like, and the street looks pretty much the same too, according to Google Maps. But the town has grown to over 100,000 people.) 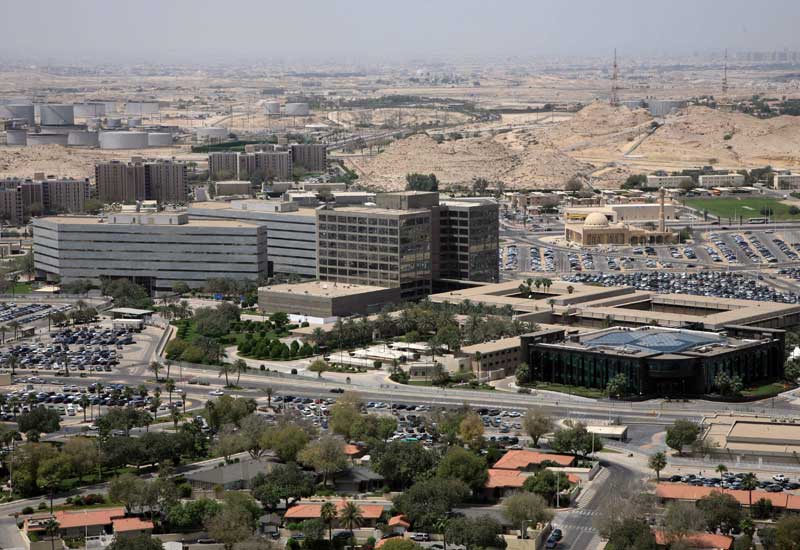 It is very hot in Dhahran. Summer temperatures normally hover around 120. I have lived in Houston, Atlanta, Las Vegas, Miami, and Dhahran. Dhahran has far and away the most uncomfortable weather. When you’re snorkeling in the Gulf the water was so warm that you’d be sweating inside your diving mask. The sand storms hurtled very fine particles of sand at you at speeds of 60 mph and more, reducing visibility to zero, taking the paint off of cars, and coating the model airplane collection in your bedroom with a fine cover of red sand. Because you were so close to the Gulf, the humidity in camp was almost always high. According to Wikipedia, on July 8, 2003, the air temperature was 108, the dew point was 95, resulting in a heat index of 172 degrees. That’s what it felt like most of the time. It never rained. You were more likely to see a dog in the compound than rain. Dogs were forbidden inside the camp by the Company.

11 miles or so east of Dhahran was a little fishing village called Al-Kobar. A Company bus ran for free from the Dining Center to Al-Kobar where my mom would do a little shopping and I would buy things like cherry bombs and fire crackers, to keep myself amused. Below is a picture of Al-Kobar’s main drag, circa 1950. I probably waved to these people more than once over the years: 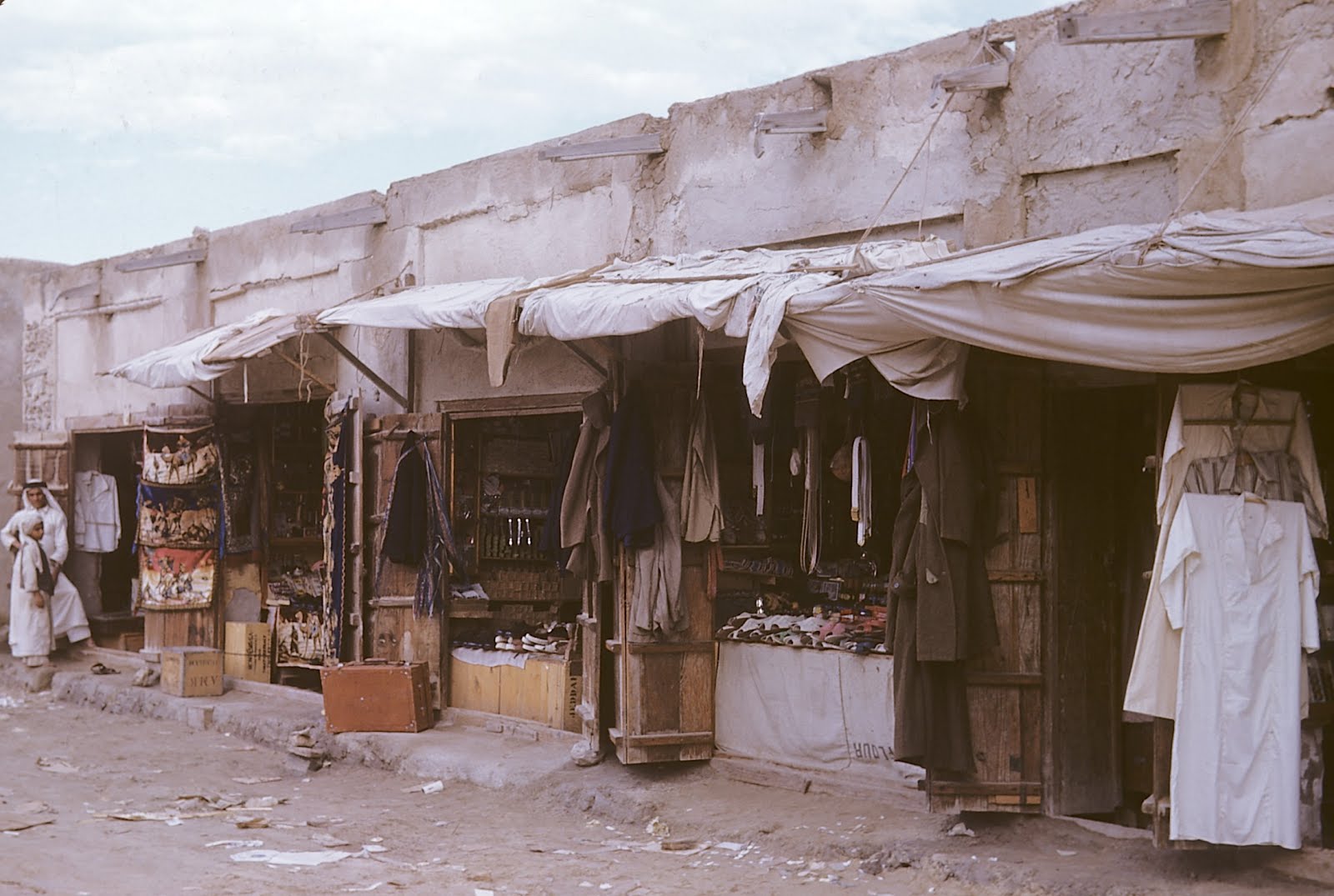 Here’s a picture of the little fishing village today, after four decades of unprecedented wealth have poured into it: 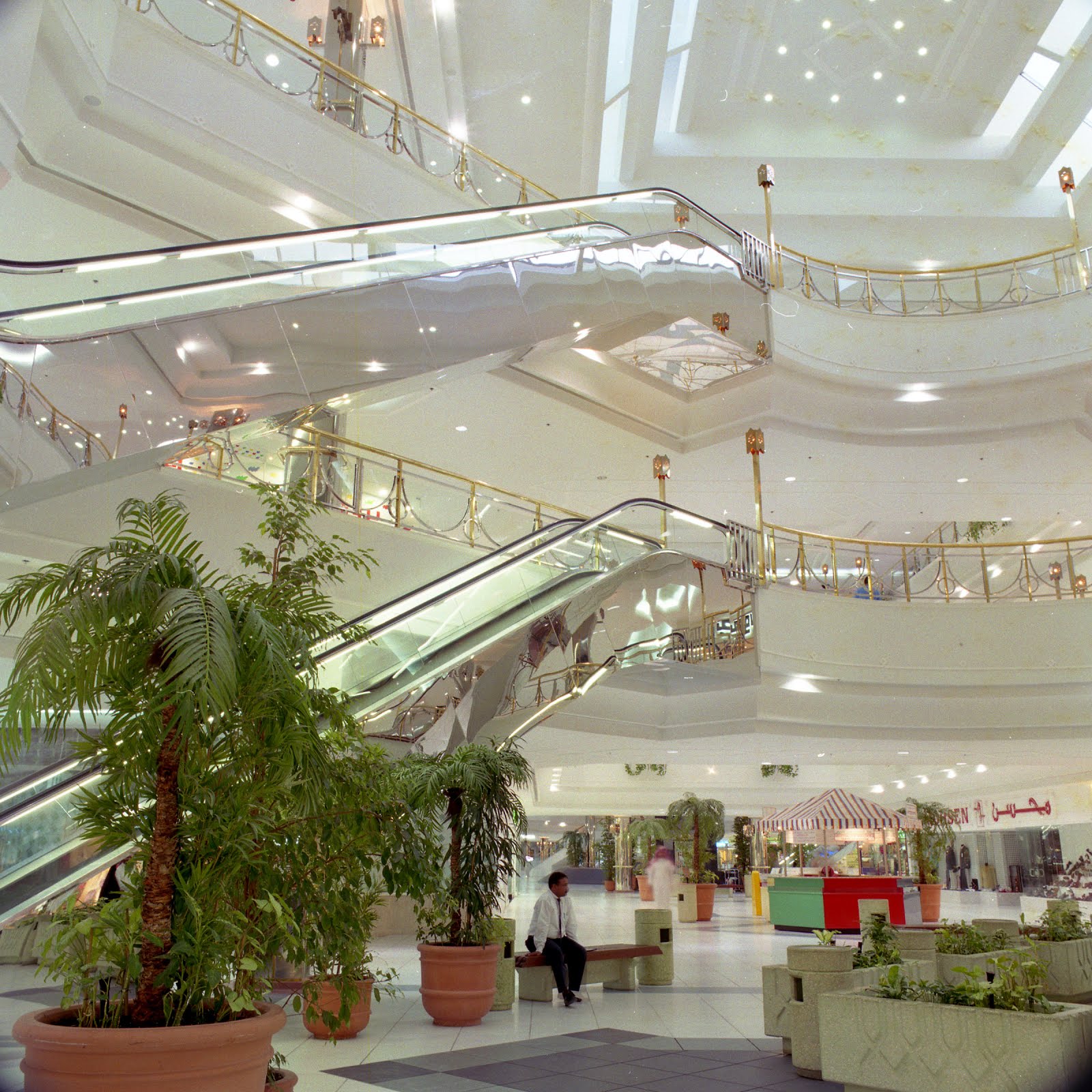 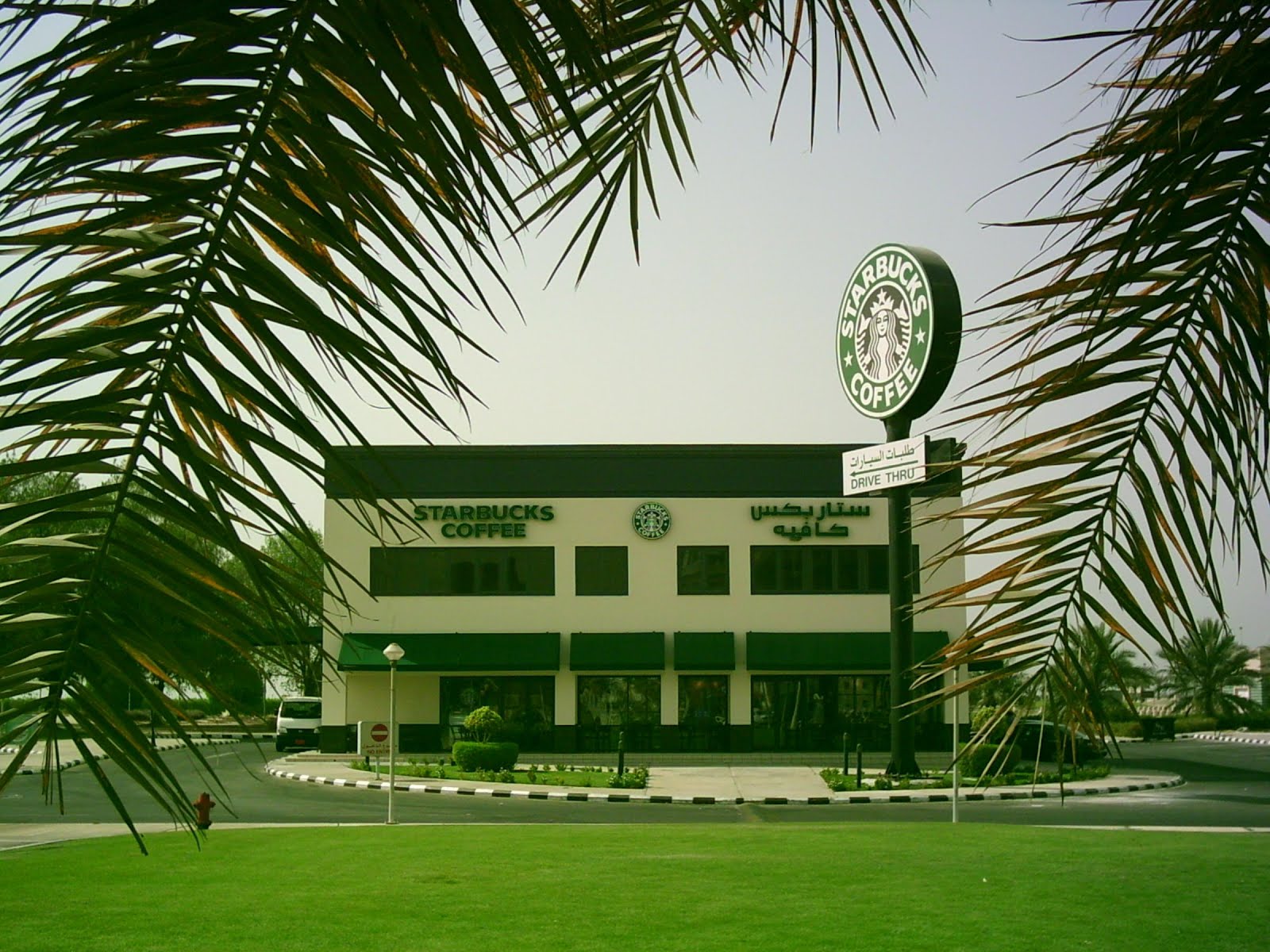 Company policy held that an employee was entitled to a three month vacation every two years. This was why I was in Vegas the summer of 1968 for six weeks, in Hawaii and California for a few weeks in 1966, and in Vegas for a few more weeks in 1964. (My mother liked to travel; my father liked to play golf and gamble.) In between those vacations I usually stayed inside the compound, because my father had zero interest in Arabia’s history, archaeology, language, people and customs, and less than zero interest in putting aside his indifference to perhaps nurture any curiosity about these things his children might have had. Other fathers bought Land Rovers and sailboats, went pot shard hunting, camped in the desert, went scuba diving in the Red Sea. Not mine. Not me. The one beach I went to was called Half Moon Bay and more often than not it was just me and a friend. 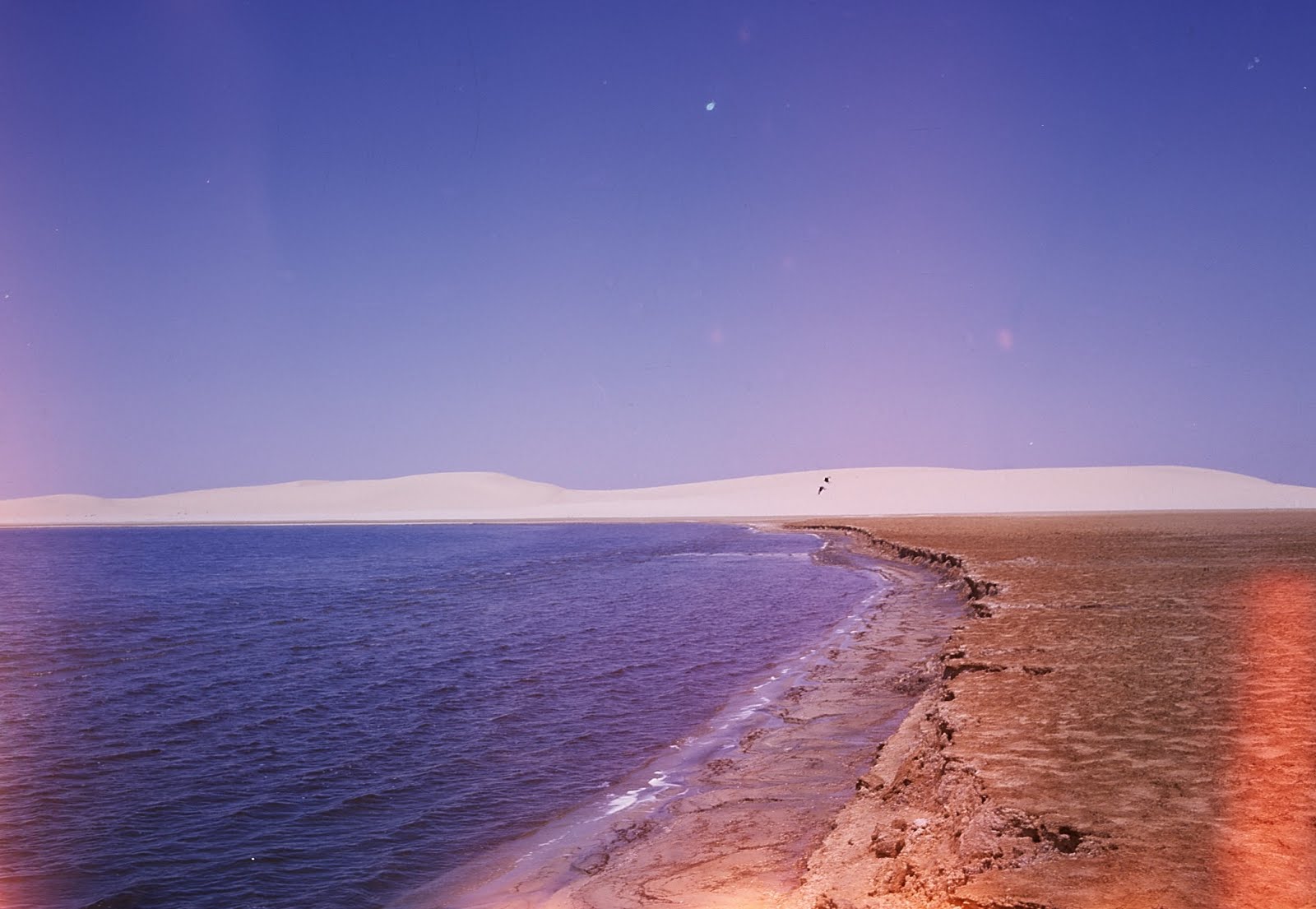 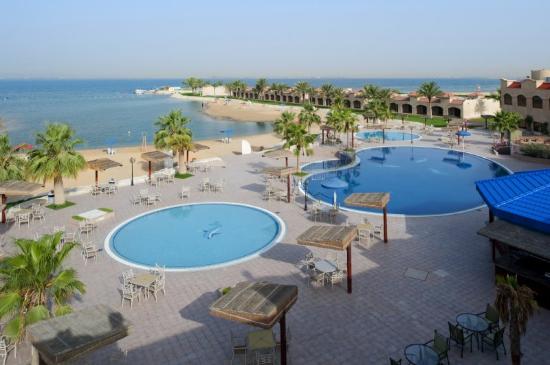 Sara asked me what was different about Arabia today in 2013 as opposed to 1969. “It’s a lot richer,” I think I replied. It wasn’t a very intelligent answer, and anyway, her friends would know a lot more about the differences than I did ten seconds after they got off their plane. But the question hung on in the back of my mind long after Sara and I finished our coffee and hot chocolate. What was different? What had happened? I thought and thought about that until with something of a little shock I figured out what it was that had turned a desolate beach into a Holiday Inn Resort, a fishing village into a colossus of enterprise, and a province that had slept unchanged for thousands of years into one of the wealthiest places on earth today. But before I get to that blog, two final pictures! The first is of Dhahran around 1950. The second is more recent. 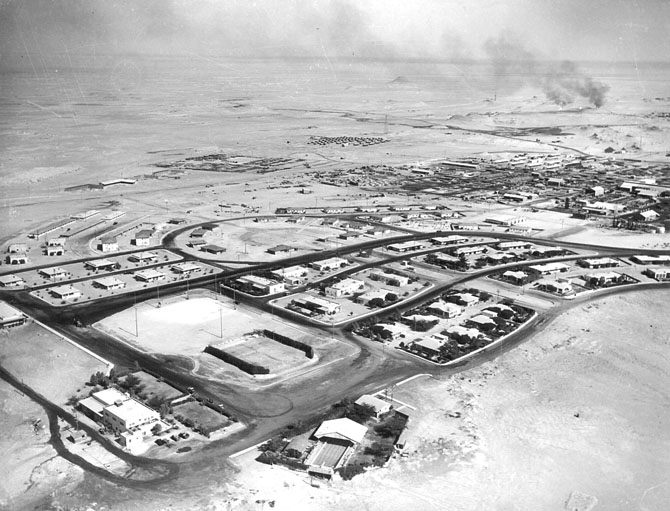 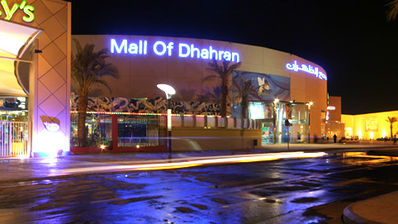 Professor Gumby holds office hours from 3:00 to 3:30 am on the fourth floor of the Sasquatch Building. Wear something nice.
%d bloggers like this: